Skip to content
my boy turned four on sunday.
and while i think time is a thief that i’d like to punch in the face, i also think it’s fitting to celebrate what a great kid i have.
my four favorite things about him:
1. he is one of the most loving and friendly boys ever.
every day he wants to play with friends or go to see people. he loves giving hugs and comforting those that are sad. even his sister. {although he told me she’s not going to get to come on our camping adventure and has to go to grandmas while we have marshmallows.}

2. mr. adventure
this kid has wanted to ride roller coasters since he could walk. and this year he was tall enough for thunder mountain. the excitement was uncontrollable. he constantly is suggesting going on adventures and climbing tall mountains. 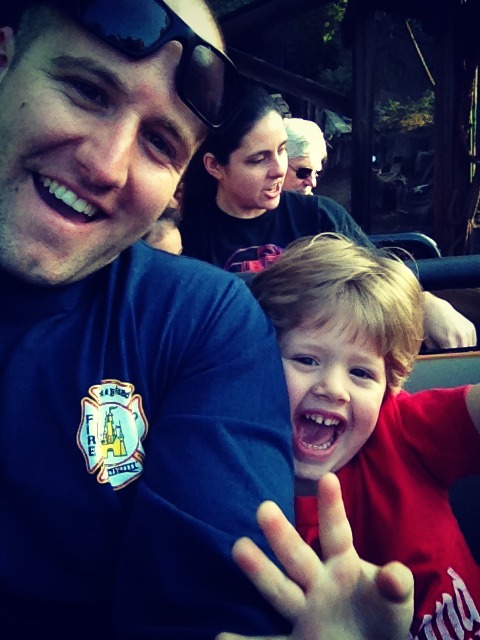 4. the constant conversation
he almost never stops talking. and though it can often make me bat sh*@ crazy, i can’t get enough of it. one day he will stop telling me about every car he sees that he thinks is cool. one day he will stop singing songs about what he is doing, or the neighbors dog who eats squirels. one day he will stop asking me what i think about stuff, or stop thinking i know all about all the stuff he has questions about.
one day he may not want to talk to me, or tell me that i am the “most favorite mom in the whole wide world.” but for now, he does. and i want to listen.

i love this boy. i am so proud of him, and how big he is.
happy birthday baby.